It began as a typical drive to the cabin where we were going to meet family and friends for a Fourth of July celebration. Except for one thing: fire.

We rounded a curve in the highway and saw the beginnings of a forest fire about 12 miles in the distance. Panic set in immediately because we knew the Sawtooth Valley in Stanley Basin so well, and we knew this fire was far too close to home. 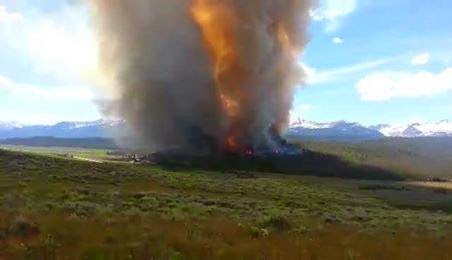 The photo above was taken from the bluff above our cabin only two hours after we had seen the first trindles of smoke rising from the forest. Dry conditions and lots of dead lodge pole pines (due to pine beetle kill) have set conditions up for disastrous fire potential.  And this fire was only a mile from our cabin!

We watched the fire spread, and the wind whip it towards us and we could do nothing. Finally, about four hours later, air support arrived in the form of helicopters to drop water and a huge DC-10 that dropped fire retardant around the perimeter of the growing monster. Yeah for the cavalry!

There had been about 30 camp trailers set up at the base of this hillside, and they were successfully evacuated. Behind the fire is a popular hiking trail that let to high mountain lakes, and apparently rescue crews were able to get everyone out to safety as the fire closed the road to the trailhead and the trail itself!  We debated about whether or not to pack our belongings and leave, too, but after the fire retardant drops, the flames subsided somewhat and so we felt more comfortable staying.

WAY too close for comfort!  What was I going to take from the cabin if we had to evacuate? A photo album, a television, and my flannel quilt! Never gonna leave a good quilt behind.
at July 06, 2014 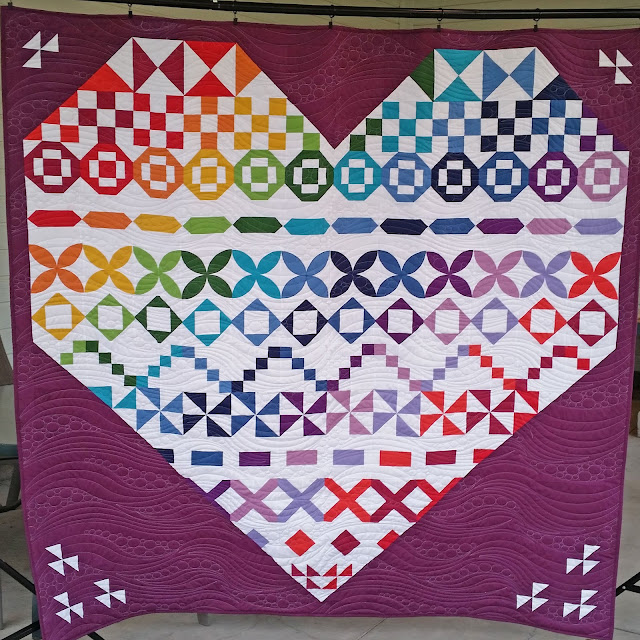 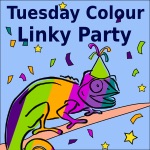